Anders Eby was educated at the Royal Academy of Music in Stockholm; with continued studies in conducting in Italy, France and the United States. Between 1972 and 2001, he was church musician in the St Johannes Church in Stockholm, and since 2001 holds that position in Adolf Fredrik’s Church in Stockholm. Through the years, he has been sought after as a teacher of choir conducting, and has been lecturing at numerous music academies, in courses at all levels, in Sweden as well as internationally. He is often employed as a jury member at international festivals. Apart from regularly acting as a guest conductor, Anders Eby has previously been the leader of St Johannes youth choir 1977-87, Uppsala Akademiska Kammarkör 1974-83 and Pro Coro Canada, Edmonton 1988-92. In the Fall of 2010, Professor Eby was honoured as Choral Director of the Year.

Between 1994-2009, Anders Eby held the professorship of choral directing and choral singing at the Royal Academy of Music in Stockholm, where he was principally responsible for the advanced studies and Masters programme in choral conducting, as well as Aritistic Director for KMH’s Chamber Choir. In the fall of 2009, he served as Guest Professor at the School of Music in Piteå. In April 2011, Anders Eby will be taking on the position of Professor of Choral Directing at Robert Schumann Musikhochschule in Düsseldorf, Tyskland.

In October of 1970, he started working with an ensemble which later took the name of Mikaeli Chamber Choir (Mikaeli kammarkör). Eby has led the ensemble to great achievements ever since and it has grown to be his own personal instrument. 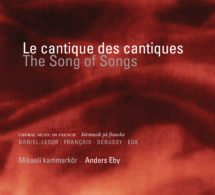 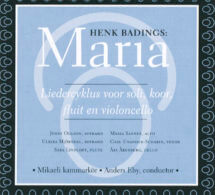