A native of Munich, Katharina Bäuml studied modern oboe, and baroque oboe and historical reed instruments, finishing both degrees with honors.  Since then she has specialized in myriad areas of early music, but her particular interest has been in wind music of the fifteenth through seventeenth centuries.  This interest led her, in 2005, to found the ensemble Capella de la Torre, which has become the most important German ensemble for Renaissance music. In 2016 Katharina Bäuml won the ECHO Klassik award with Capella de la Torre for their CD “Water Music”.

In addition to early music, her interests include contemporary music played on historical instruments, leading to numerous commissions for her ensemble Duo Mixtura, which have been performed at such prestigious festivals as the Berlin “Ultraschall” festival, among others. As the artistic director of several festivals and concert series, Ms. Bäuml continues to initiate projects which connect jazz and the music of the early modern period.

Most recently she has assumed the artistic direction of the series “Musica Ahuse” in the Romanesque Cloister Auhausen, where renowned leading early music ensembles perform each year.  Ms. Bäuml teaches in Berlin and regularly gives master classes in Genf (Switzerland), Hanover, and Lübeck. 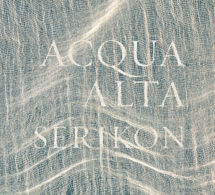