Some people try to separate musical genres. Every style of music should be neatly labeled and put in a designated drawer; if you open one you shouldn’t open another. Then there are those who believe it’s all connected – it’s all music, right? – and it’s OK to combine what you like as long as you do it with love, sincerity and discretion.

Patrick Rydman belongs to the latter category.
Chances are that you, without knowing it, have come across his work before. He has been a driving force in the critically acclaimed vocal ensemble Amanda,
has produced and written songs for other artists, worked as a theater musician and composer for stage and radio, toured as a jazz singer with everything from Big Bands and orchestras (Bohuslän Big Band, Göteborg Wind Orchestra) to smaller settings, sung Burt Bacharach-hits in the playfully fictional cult show The Missing Fortnight, and just recently released the duo album Catwalk, where Patrick, together with piano player Anders Persson, give a new spin on jazz standards, 60’s classics and pop tunes, reminiscent of Bill Evans collaborations with Tony Bennett.

The critically acclaimed debut as a solo artist came in 2008 with I Will Do It, presented as a jazz release, which was true in many ways: in basic arrangements, expression and layout. But as always in his music there were elements from all the genres he likes, not least popular music. He is not alone – there are many artists who cross borders and who are not directly connected to just one specific style. Sting, Peter Gabriel, Joni Mitchell, Kate Bush, Steely Dan – all are examples of artists that can give each song a new dress and still be completely recognizable.

With his second album, What Took You So Long, Patrick has let go of the ambition to work within a specific genre.
For a music lover like Patrick this means that he has welcomed influences from far and wide. Warm 70’s soul like Bill Withers and Stevie Wonder. Cool jazz. Singer/songwriters. Art pop. World Music.
Each song has been given its own identity. And still, the record as a whole feels amazingly together and homogeneous. A lot of it is down to the common thread that is Patrick’s voice. 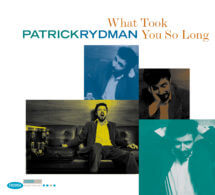 What Took You So Long
Read more 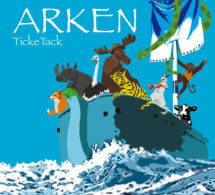 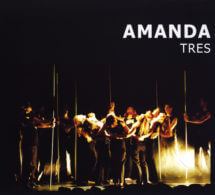