Stănculeasa has been Concertmaster of the Gothenburg Symphony Orchestra since 2010 and was recently appointed Concertmaster of the Spanish National Orchestra in Madrid. He studied at the International Menuhin Music Academy in Gstaad, Switzerland and obtained his Master’s in Music from the Lausanne Conservatory.

When his debut album was released in 2013 the Strad Magazine review stated that “Stănculeasa is never in doubt in this very demanding program – his picture-painting in the Impressions d’enfance, in particular, is both subtle and brilliant. A warm tonal quality, born out of a wide vibrato, perfectly captures…gypsy element[s]…”

As an educator, Stănculeasa has served as guest professor at Gothenburg University of Music and Drama and has led multiple master classes throughout Serbia, Spain, Venezuela, and Sweden.

On this recording, Stănculeasa plays a Pietro Guarneri from Venice 1730 which was kindly let to him by the Göteborgs Symfoniker Vänner Society in Gothenburg, Sweden. 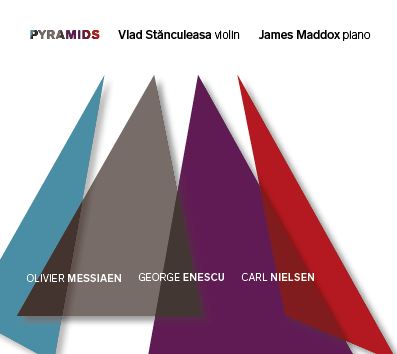