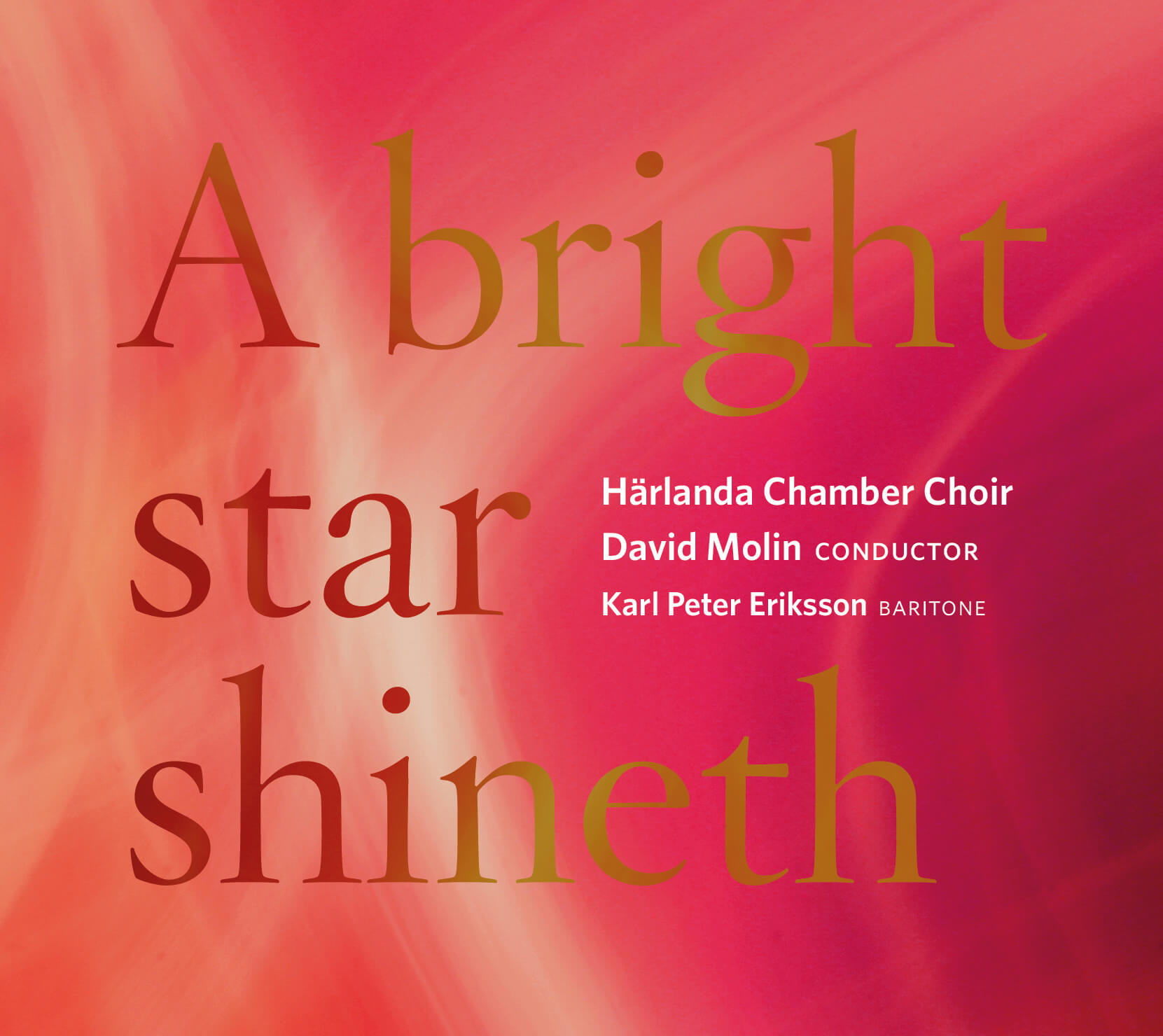 Footprint is delighted to release the debut recording from Härlanda Chamber Choir in the ensemble’s tenth anniversary year. A bright star shineth is an atmospheric celebration of Christmas music from throughout Europe, from the Sixteenth Century to the present day.

Härlanda Chamber Choir was founded in 2007 by its conductor David Molin. The ensemble has since picked up first prize at countless choral competitions and charmed audience and congregations with its warm, inviting sound. A bright star shineth is described by Molin as ‘a labour of love and laughter.’

The recording charts a Christmas journey from France to Iceland, via England, Wales, Ireland and of course Sweden. Traditional songs in alluring arrangements by Åke Hillerud and John Rutter and more are heard alongside original compositions by the likes of Francis Poulenc, Thomas Tallis and Morten Lauridsen.

With fulsome, warm singing and careful direction from Molin, A bright star shineth combines head and heart this festive season, ‘our birthday gift to ourselves and a Christmas present to the world’, in the choir’s own words.