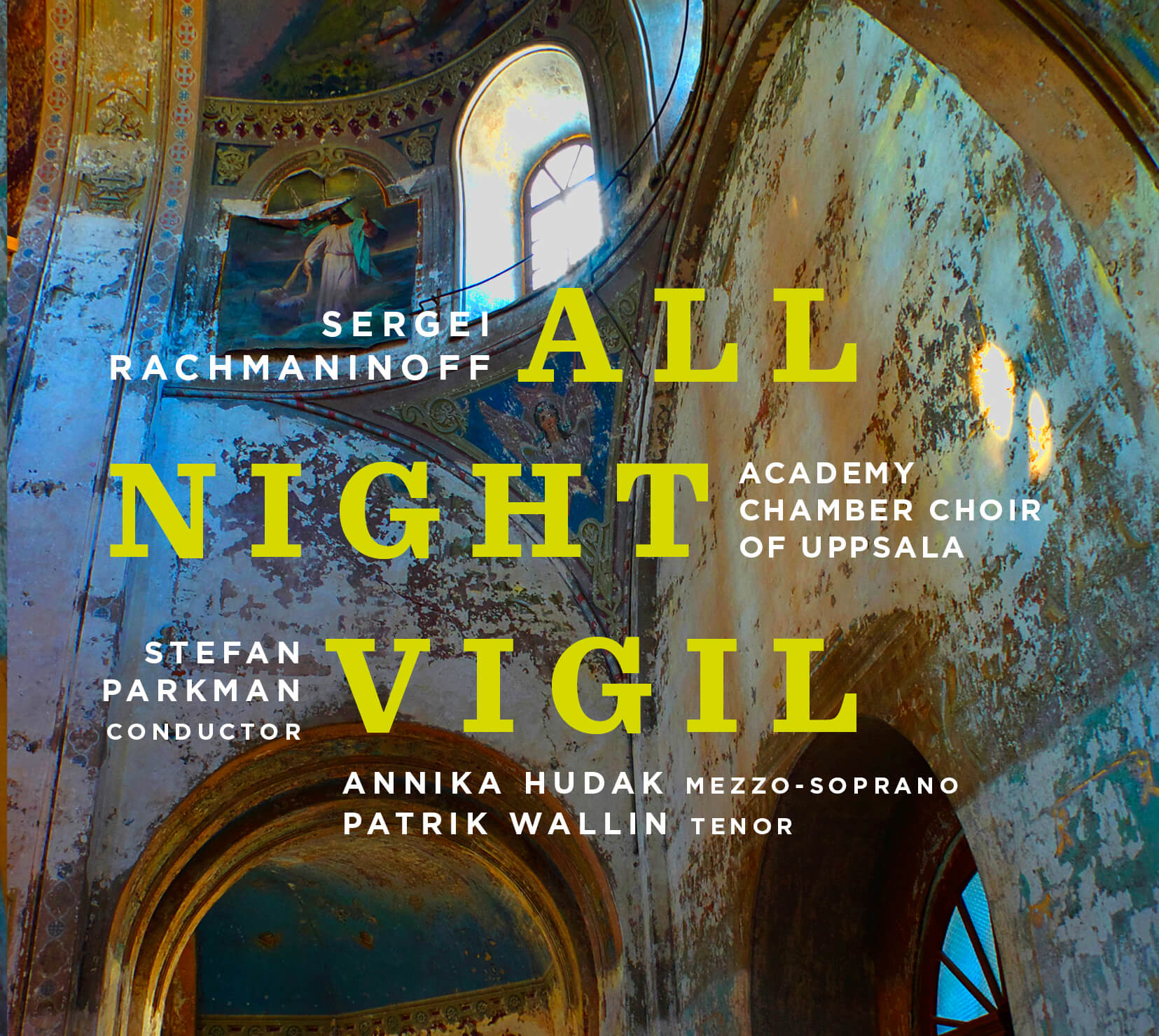 With its reputation for technical excellence, it was only a matter of time before the Academy Chamber Choir of Uppsala recorded one of the most testing choral works in the a cappella repertory: Sergei Rachmaninoff’s All-Night Vigil.

With his beloved Russian homeland in turmoil in 1915, Rachmaninoff turned inward: to his deep personal faith and to his country’s glorious sacred music tradition. The result was one of the composer’s most honest and moving works, an aggregation of the Orthodox offices of Vespers, Matins and First Hour that moves from confession to celebration.

Nine of Rachmaninoff’s movements are based on traditional orthodox chant; the rest are freer in form but imbued with the same scented spirituality that lies at the heart of the Russian Orthodox choral sound. Rachmaninoff’s work is reflective and deeply moving. It offers praise, meditation, penitence and proclamation.

Like the composer, the Academy Chamber Choir of Uppsala – founded by Eric Ericson in 1957 and now under the stewardship of Stefan Parkman – take the text as their starting point. Captured in atmospheric sound at Bälinge Church in Sweden, the choir brings exceptional bend and balance to the score with a rich tutti sound and beautifully plaintive solos from Annika Hudak and Patrik Wallin.

Footprint is proud to release this wholly distinctive and devotional interpretation of Rachmaninoff’s masterpiece on record, the first from a Scandinavian choir for many years.