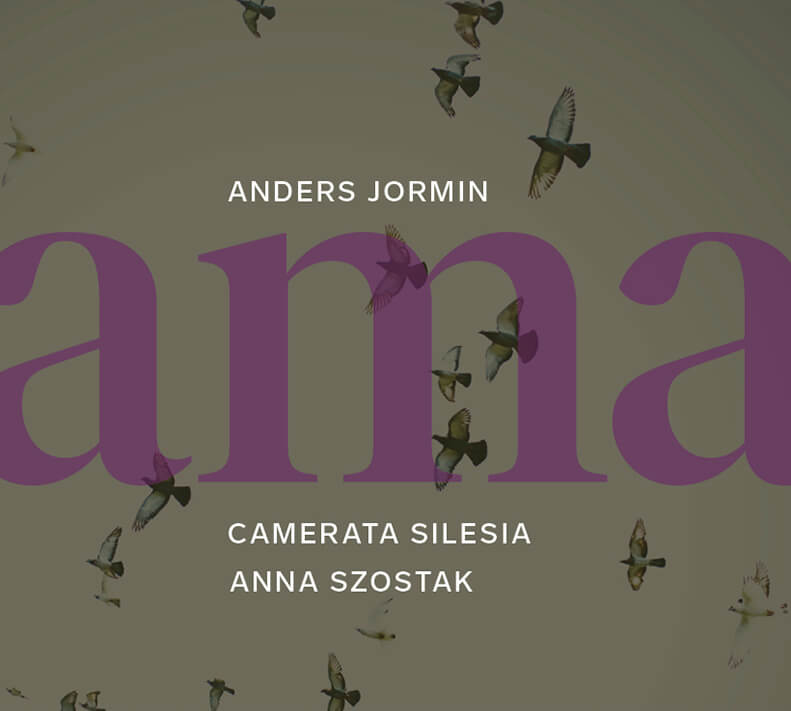 When Anders Jormin first worked with the Polish choir Camerata Silesia and its conductor Anna Szostak, he started to dream of making a recording with them. That dream comes to fruition in this release from Footprint: an album of Jormin’s choral music born of his unique combination of free improvisation with rigorous technique.

The impulses behind Jormin’s music include medieval chant, folk music, the music of the European baroque and of course the jazz which made him famous. His choral music comes into being courtesy of texts by Shakespeare, Hemingway, Virgil, Seneca and by himself, as well as from ancient hymnody from protestant and Catholic traditions and voices from as far apart as Norway and Japan.

Across the 13 individual a cappella works recorded at the stunning Polish Radio concert hall in Katowice are existing works, pieces newly written for the choir and others re-imagined for the occasion – among them a re-casting of the final movement to Jormin’s Symphony of the Birds, with which the singers and composer first met, and the title track Ama, adapted from a work of the same name originally created for Trio Medieval. Jormin’s music is direct yet reflective, disciplined yet emotional. He brings his rich, deeply involving voice to full vocal fruition on this new album, and one of Europe’s finest choirs sing it with the passion and excellence it deserves and commands.

This production was recorded in the lovely new concert hall in Katowice, in the south of Poland. It was an acoustic recording, i.e. with the choir and the double bass on the stage at the same time, making music together. The main recording channel was a Decca tree, but I also used quite a few supporting microphones, microphones for the bass, soloists and microphones for surround and height (3D-sound).

This recording was made at 96 kHz using Pyramix Native with two Ravenna interfaces, Horus and Hapi, and their excellent microphone pre-amps and high resolution ADs. Microphones were Neumann, DPA and Microtech Gefell.