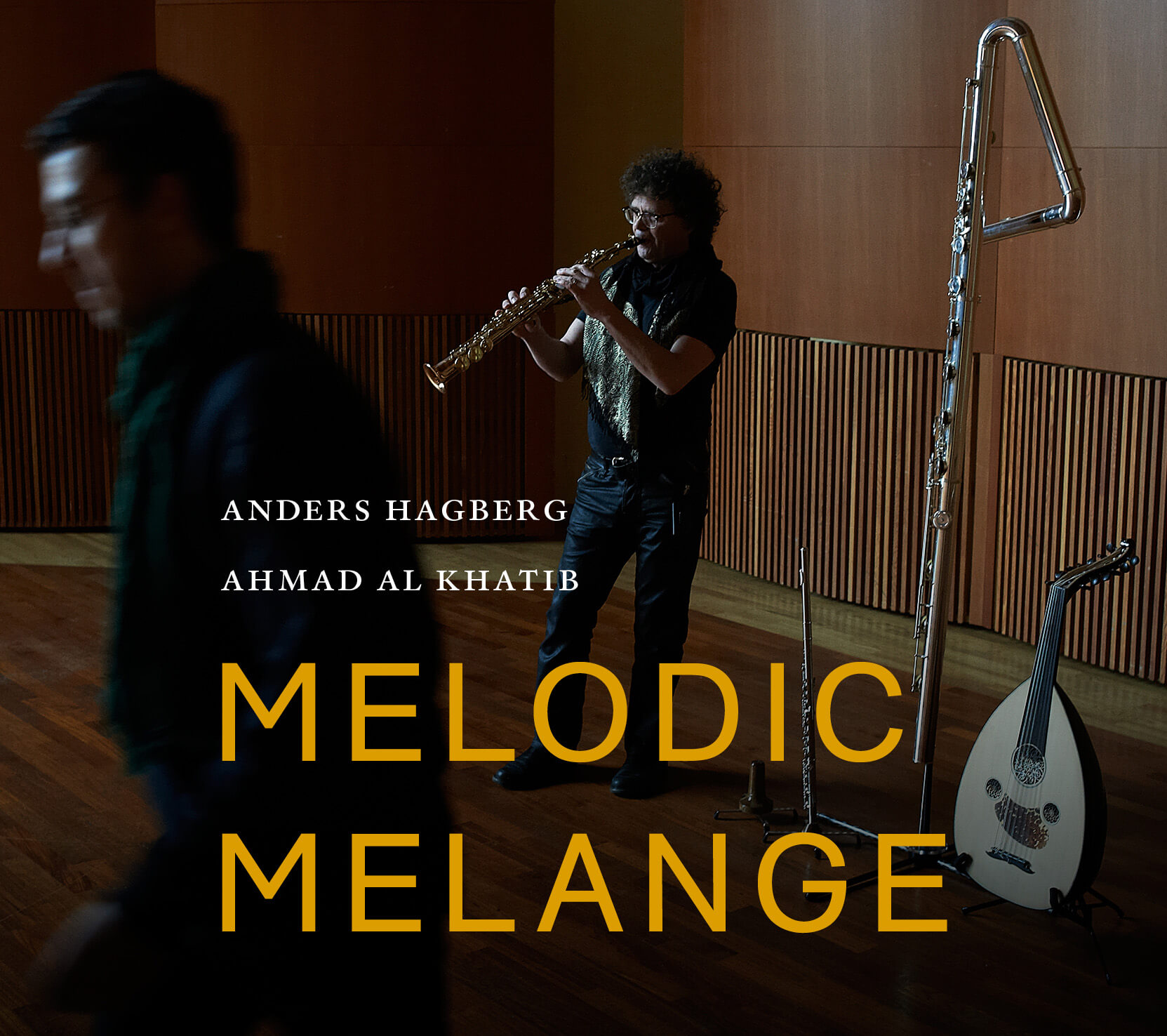 Ahmad al Khatib is a highly brilliant oud player, with his roots in Palestine. Anders Hagberg is a well known Swedish soprano saxophonist and flute player who constantly seeks new ground for his musical explorations. Two more musicians are joining the duo on the album: the virtuoso percussionist Youssef Hbeisch, based in Paris, and the Swedish jazz bass player Johannes Lundberg.

The music on the CD is an affectionate encounter, musical reflections on modal scale improvisations. The musicians are exploring the interfaces between their musical expressions in order to create a music that reaches towards a new synthesis. The unique instruments contrabass flute and matusi, a membrane flute, contribute to the personal sound of the music.