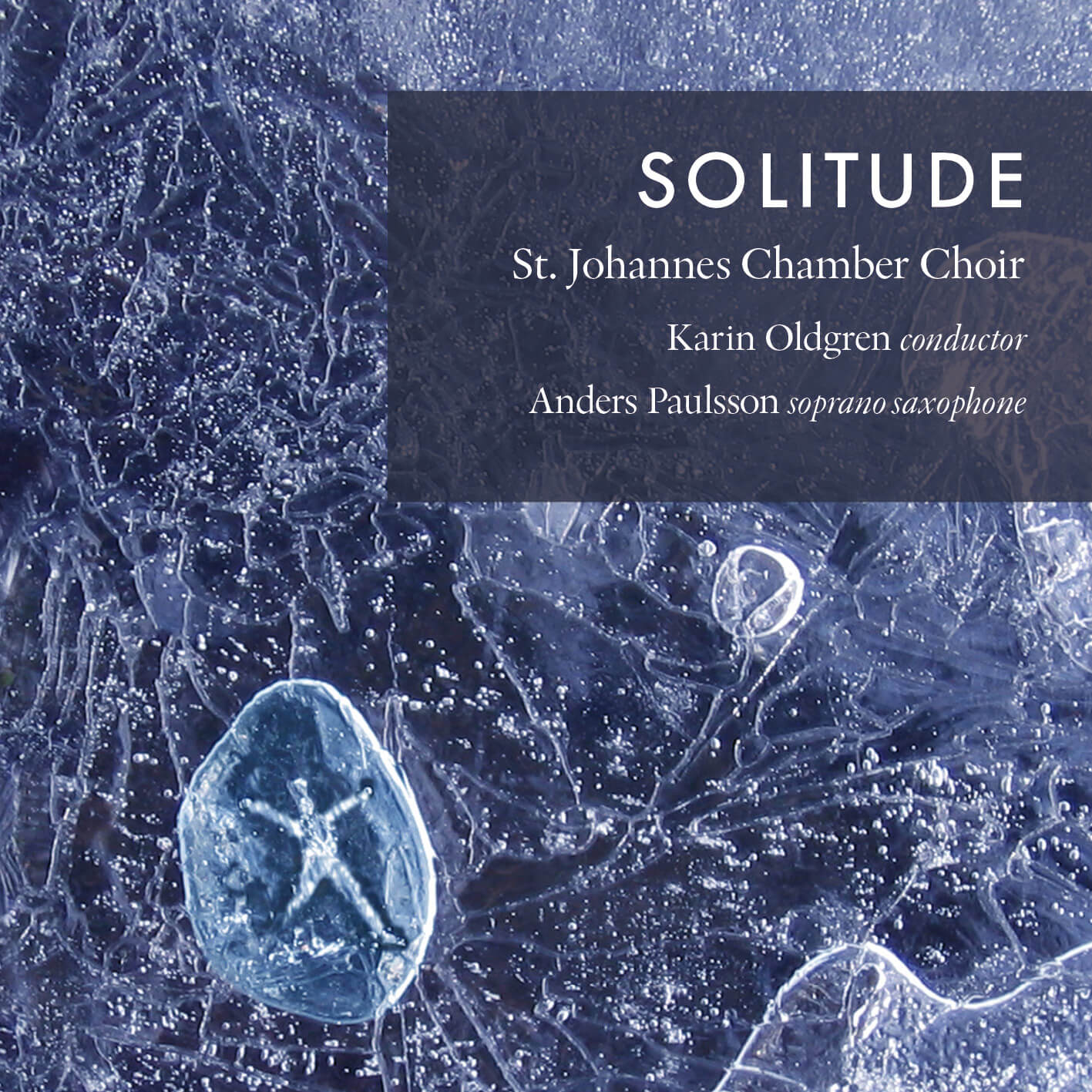 One of the many excellent choirs of Stockholm is situated in the church of St. John. Founded by Karin Oldgren in 2002, the St. Johannes Chamber Choir thus celebrates its first decade this year. During these ten years the choir has performed classical oratories and traditional a cappella pieces as well as original compositions and stage productions.

On their debut CD the choir has chosen to present music by some of the composers with whom they have cooperated frequently: Sven Hagvil, Anders Paulsson and Gabriel Wilczkowski. Added to this music are some favourite pieces by composers of various nationalities: the Swedes Martin Bagge and Oskar Lindberg, the American David Lang, the Romanian Valentin Gruescu and the Filipino Ryan Cayabyab.

The CD has its title Solitude after the last movement of Sven Hagvil’s great Symphony of Solitarities for mixed choir and soprano saxophone. The music and the lyrics of this CD are both lyrical and dramatic, but the Nordic choral sound is sonorous throughout.

The conductor Karin Oldgren is a graduate of the Royal College of Music in Stockholm, where she studied choir conducting for Professor Anders Eby. She has teached at the School of Music, Theatre and Art, Örebro University and shares her time between the congregation of St. John and a music publishing house in Stockholm.

The internationally wellknown soprano saxophonist Anders Paulsson is the soloist in Symphony of Solitarities.