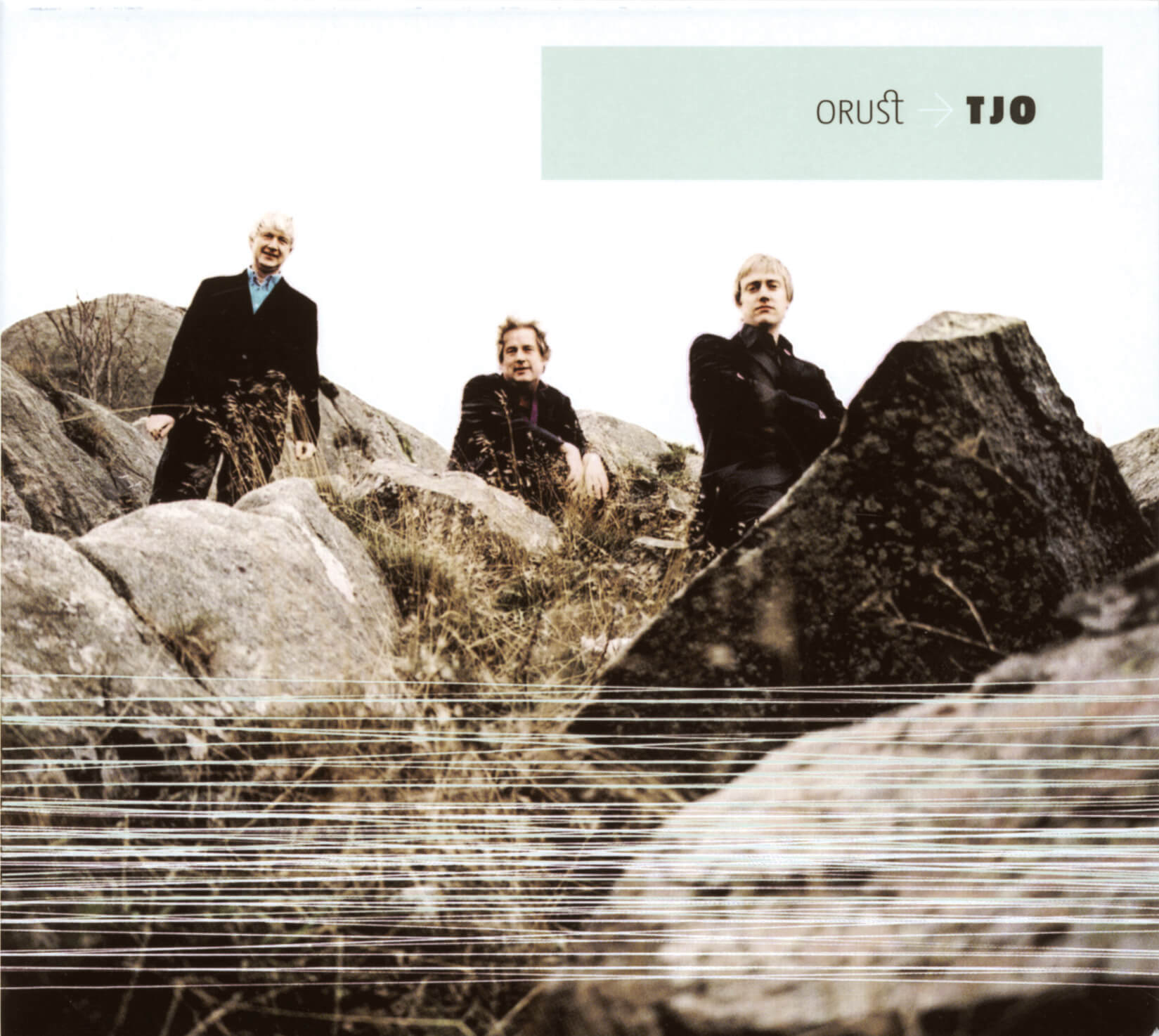 The folk music of Sweden’s west coast, especially on the island Orust, has been much influenced by the music of England and Scotland. Therefore you can find lots of tunes just called Engelska (English).
The trio Orust has its name from the fact that they are playing music from Orust and some neighbouring places.
Orust is Göran Premberg, fiddle, Tomas Larsson, mandola, Johan Kullberg, accordion.

“Are you from Orust?” people ask. “No,” we reply. “We’re from Göteborg, only Johan lives in Alingsås and Tomas is from Umeå”, Göran says.
Göran himself hails from Skåne. That’s why he has to eat every third hour, and fry cabbage at Christmas. That’s what people from Skåne do. Johan mixes strange drinks, but you don’t know if it’s because he’s from Alingsås or because he has been to Denmark. Tomas’ Northern genes revealed themselves during our first tour, when he made a handbrake skid with our rental car outside an old people’s home.
We’re called Orust because the music comes from Orust, the island on the Swedish west coast. Blame it on Göran. He had a summer house in Orust. That way he became familiar with this music. Then he showed it to Johan and Tomas. The three of us thought it sounded good. We also realised that this music made us feel more comfortable. Then we discovered that those who listened when we played also seemed to feel more comfortable. Some smiled, others moved various body parts, one or two closed their eyes in bliss. Things like that can be obvious signs. At any rate it gave us a reason to keep going. So we kept going.
Göran plays the fiddle and he’s sort of the leader of the band. He talks a lot between the songs because he has a lot to say. And he’s the one who rounded up all the songs. Johan plays the accordion. He’s an ace accordionist, such an ace that he’s a three-time Scandinavian champion. Then he wasn’t allowed to enter the competition anymore. Tomas plays an instrument that he thinks is called a mandola. But he’s not quite sure. The only thing he is sure of is that it’s made in Japan. If you look into the sound hole it says Japan.
The music evolves when we start to play. Usually it works out right away. Sometimes it takes a while. Maybe we have to mull it over a bit and have some coffee. Then the music comes back and starts over. It’s like a built-in feature we all share. We’re a kind of unit you can turn on, and then the whole thing is up and running.