Simbi is a nine-piece orchestra, the only of its kind singing in Creole and playing Vodou Beat.

In Haiti, Simbi is known as ‘the blue-eyed Haitians’. The band is long established. It has toured extensively and played small and large venues as well as at schools, clubs and festivals in Sweden, Haiti, Benin, the USA, France and Canada. Simbi has previously released three well-received albums: ‘Vodou Beat’ (93), ‘Kreol’ (96) and ‘Kalalou’ (03). So Yèyè is a must-have for all lovers of roots music. 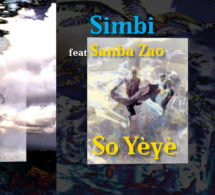