Back to artists
Thomas Schuback

Thomas Schuback is a conductor, pianist and professor emeritus in interpretation at the Music College of Opera in Stockholm. During 1975–1992 he was conductor at the Royal Opera of Stockholm. As a recital pianist he has worked and toured with singers as Elisabeth Söderström, Barbara Bonney, Tatyana Troyanos, Håkan Hagegård, Gösta Winbergh, Kerstin Meyer, and he has recorded 30 CDs.
Since his appointment as Musical Director at the Lyric Opera in Brisbane he has worked extensively in Australia (Australian Opera in Sydney, Australian Chamber orchestra and several recital tours with ABC and Musica Viva). In the USA, he has conducted at the San Diego and Tampa Operas, amongst others.
Schuback’s repertoire includes Faust, Romeo and Juliet, Il Trovatore, La Traviata, Rigoletto, Aida, Die Fledermaus, Pajazzo, Fra Diavolo, The Marriage of Figaro, Cosi fan tutte, Albert Herring, Julius Ceasar, La Bohème and Madame Butterfly.
As a concert conductor Schuback has worked with all major Swedish symphony orchestras, touring in Scandinavia, USA and Australia, and he was the vice chairman of the Royal Swedish Academy of Music 1997–2003. 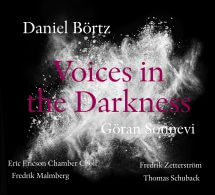